Crisis on the horizon ‘unlikely’

Harry Colvin, of Longview Economics, says the correction still has a further leg lower, but macroeconomic fundamentals suggest this does not herald a bear market.

It felt like an unstoppable bull run for equities, with the best January for S&P 500 since 1997, following on from a near 20% gain for the index in 2017. That was of course until bull run stalled. Last week, US stocks posted their worst five-day performance in two years. From peak to trough, the Dow Jones pulled back by more than 12%.

The nervousness hit equity markets around the world, with the Shanghai Composite declining by nearly 14% from high to low. Many indices found themselves in official correction territory (down more than 10% from recent highs).

Volatility, as measured by the Chicago Board Options Exchange (CBOE) VIX Index, also referred to as the Wall Street ‘fear gauge’, jumped by nearly 116% last Monday, rising to an above-50 reading on Tuesday, a level not seen since the flash crash in August 2015. Short volatility products, for example the XIV ETN, which was popular among some retail investors, blew up as bets on low volatility went radically wrong in a short space of time.

Melt-up again or risk off?

So far this week we have seen a three-day rally for US stocks, clawing back around half of the losses from last week’s sell-off. The question that market participants are left pondering is whether the market melt-up will resume, or if the sell-off is a signal that now is the time to take risk off the table.

In this interview, Harry Colvin, Director and Senior Market Strategist at Longview Economics, says a 1987 style crash can never be ruled out, but he is not expecting a large bear market at this point. 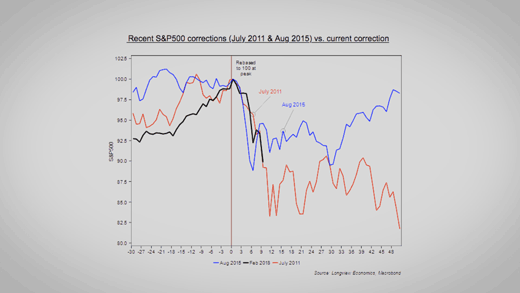 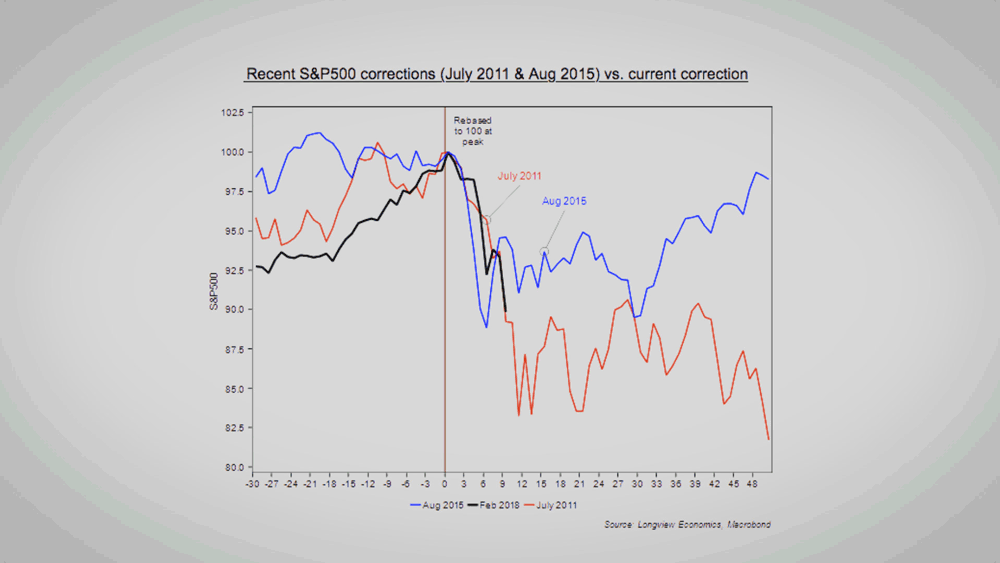 In his view, a bear market is normally associated with either a recession or some sort of crisis. Colvin says there is nothing to suggest a disastrous event is on the horizon. In fact, he says the macroeconomic fundamentals are very good.

Correction has third phase retreat yet to come

Colvin says that normally these pullbacks, those are not related to a recession, play out in three phases. Firstly, there is an initial leg lower, followed by a relief rally, which could last one to two weeks, followed by a final wave of selling in which equities retest or even break below the lows from the first wave. Colvin says it looks as though we are currently in the midst of a stage two relief rally.